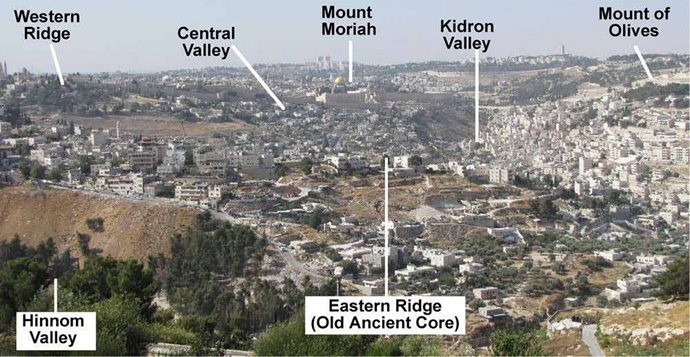 Modern World political dynamics has its roots in the interaction of Greco-Roman (specifically Hellenization) and Judeo-Christian history and crucifixion of Jesus was an event which influenced the European Western Civilizational evolution during the past two millennia. Even the prophesied End times spiritual wars have Jesus’ Second Coming as the eye of the tornado.

Born about 2022 years ago, Jesus (Hebrew Joshua) was a carpenter and a spiritual leader from Nazareth in Judea (present day southern Israel). Society of Judea, a Semi-autonomous region of Roman Empire was split between Hellenized Jews and Zealots (Jews seeking independence from Romans). Pharisees Jews were the religious class running the Jewish religious rituals and friendly with the ruling elite. Clash between Jesus and Pharisees was a confrontation between “a Diverse and Divergent Thinker” and several “closed and convergent thinkers”.

Jesus openly criticized the “show off” spiritless attitude of the clergy and their ritualistic approach to religion. He labeled them as white washed graves, clean from outside, dead and impure form inside.

At the Jewish Passover ceremony of Jerusalem (AD 30-33), he attacked them publically for showing off their religiosity, expensive tassels on their garments etc. He also criticized their love of public attention and celebrity status.

For this open revolt against Jewish clergy, Jesus was first tried before a Jewish Sanhedrin court in Judea. He was charged with blasphemy, convicted, and turned over to local Roman prefect Pontius Pilate for a subsequent Roman trial.

According to James, brother of Jesus, he was considered a Jewish nationalist linked to Zealot movement and their armed struggle for independence. Such a suspected link would have resulted in charges of sedition whose punishment is death by crucifixion, otherwise Jewish punishment for heresy was death by stoning.

According to Paul, Jesus’ nonviolent sayings place him at odds with the Zealot movement. He held that Jesus was a Messianic figure who mainly called for transformation from within. In any case, given the unstable state in Judea, Jesus’ popularity was a threat to both pro-government Phari- sees and the Roman.

Jesus was crucified till death on Friday. His body wrapped in shrouds and placed in a tomb. Sunday after Sabbath, Mary Magdalene, Jesus’ female disciple, was the first to discover that body of Jesus was missing, i.e., Jesus has been resurrected from death. According to some in body and spirit, others say spirit only, and some liberals say in vision only. New Testament literature is for physical nature of resurrection.

According to Paul, Post resurrection of Jesus’ appearance in chronological order was; a first appearance to Peter, then to the twelve disciples, then to 500 at one time, then to James (brother of Jesus), then to all the Apostles and last to Paul himself. The Person of Jesus Christ (meaning anointed one) is both human and divine, a duality coexisting within one person. First few centuries witnessed several views about duality. But through various Church councils, mainly in 4th and 5th centuries, they resolved most of the controversies of duality, resurrection and Salvation. Jewish law making the doctrine of Trinity Orthodox in nearly all branches of Christianity.

After resurrection, Jesus is portrayed as proclaiming ‘eternal Salvation’ and subsequently called the Apostles to the Great Commission, that is, to spread the Gospel to all nations of the world, and spread the good news saying: “the one who believes and is baptized will be saved, but the one who does not believe will be condemned”. After the post resurrection appearances Jesus ascended to the Heavens.

The New Testament writings contend that resurrection was the beginning of “His exalted life” as Christ and Lord. Lord reflects that God has exalted Jesus to a Divine status. The worship “call upon the name of the Lord (Yahweh)” was also applied to Jesus, invoking his name in corporate worship.

Doctrine of Salvation through Jesus Christ’s crucifixion rests upon the explanation by Paul; the sin of Adam and Eve is an original sin. The humans inherit a tainted nature with an inclination of sin through the fact of birth. Jesus’ death was interpreted- ed as a redemptive death ‘for our sins’ and firstborn Son of God’s sacrifice was a necessity for salvation of humanity. His resurrection is a guarantee that all the Christian dead will be resurrected at Christ’s Parousia (Second Coming). In Christian theology, justification is God’s act of removing the guilt and penalty of Sin while at the same time making a sinner righteous through Christ’s atoning sacrifice. Atonement is the pardoning of sin, and original sin in particular, through Jesus’ ultimate sacrifice.

Jesus after resurrection appeared to Peter, and therefore, became rightful leader of the Church. Later on, teachings of Apostle Paul form a Key element of Christian tradition and theology. Fundamental to Pauline theology is the connection between Christ’s resurrection and redemption. Paul insists that salvation is received by the Grace of God. Observance of law is needed to maintain the covenant, but the salvation is not earned by observing the law, but by the grace of God.

Early Christianity developed out of the eschatological (End times related) Ministry of Jesus.

Apostolic age begins after the Ascension of Jesus till 98 AD, year of death of last of the twelve Apostles. Initially they believed that Jesus’ resurrection was start of the End times, but soon changed to expected Second Coming of Jesus. The Apostles spread the apostolic message first to Judea, then to Ionia, where Antioch later became a center for the Christian converts. These converts were considered a sect of Judaism since they followed Jewish law and remained under influence of Judaism. Later the message reached Anatolia and Thessalonica, along the Mediterranean rim to Eastern Europe and Africa. They believed the Second Coming will not happen until the word has been spread to all the Jews including the ones in diaspora.

Since the Roman Empire followed paganism and Jews after 85 AD persecuted the Christian faithful, so preaching of the new faith remained secretive. Jews declared that whoever considers Jesus as Messiah will not be allowed inside a synagogue. But persecutions made the new converts more adamant since their role model Messiah himself was persecuted much more severely.

Christian missionary activity spread and created centers of Christianity with Gentile adherents in the predominantly Greek-speaking Eastern half of the Roman Empire, and then throughout the Hellenistic world and even beyond the Roman Empire. First Gospel message was spread orally.

Paul was the one who introduced Christianity to Gentiles of Ephesus, Corinth, Philippi and Thessalonica. Inclusion of Gentiles into faith created a problem for Jewish identity, because Paul allowed them to convert without condition of circumcision and exempted them of Jewish law. Pauline Christianity opened the way for a much large Christian church.

During first 300 years, Christians were able to live in relative peace under Roman rule, though sporadically persecuted when local communities forced enforcement people to persecute Christians since they were annoying- ing gods by not worshipping them. In 64 AD, after the great fire of Rome, Nero, the Roman monarch blamed it on Christians, rounded them up and massacred them. But in 311 AD, Roman official Edict ended Christian persecution.

Before becoming the king, Constantine adopted the emblem of Christians, and met successes on the battlefields till he overcame all his foes. After becoming the King, Constantine in 313 AD, by the Edict of Milan, legalized Christianity was and it was recognized by the Roman state as a valid religion. He himself converted to Christianity and the whole Roman populace followed suit. By the end of 5th century Pauline Christianity prevailed over all others and all the houses of worship were taken over by their followers. Thus, within three centuries of Jesus’ crucifixion, Christianity became a dominant spiritual force in the Mediterranean Rim.