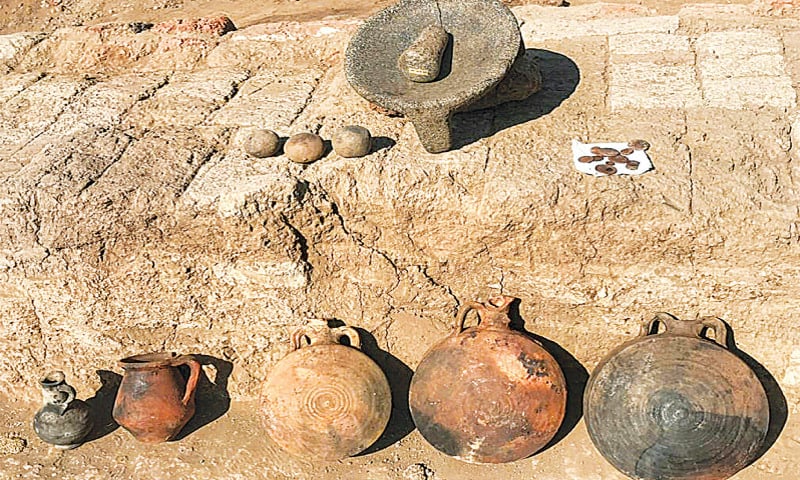 CAIRO: Egyptian archaeologists had discovered an 1,800-year-old “complete residential city from the Roman-era” in the heart of the southern city of Luxor this week.

Archaeologists discovered “a number of residential buildings”, as well as “two pigeon towers” and a “number of metal workshops.”

According to Mostafa Waziri, head of Egypt’s Supreme Council of Antiquities, the city, dating to the second and third centuries, is the “oldest and most important city found on the eastern bank of Luxor”.

Inside the workshops, researchers found a collection of pots, tools and “bronze and copper Roman coins.” It is a rare archaeological find in Egypt, where excavations — including on Luxor’s west bank, where the famous Valley of the Queens and Valley of the Kings lie — are most commonly of temples and tombs.

Critics say the flurry of excavations are shown to grab media attention over hard academic research.

In April 2021, authorities announced the discovery of a 3,000-year-old “lost golden city” on Luxor’s west bank, with the archaeological team calling it “the largest” ancient city ever uncovered in Egypt. Egypt has unveiled several major archaeological discoveries in recent years.

But the discoveries have been a key component of Egypt’s attempts to revive its vital tourism industry after years of political unrest, as well as after the Covid pandemic.