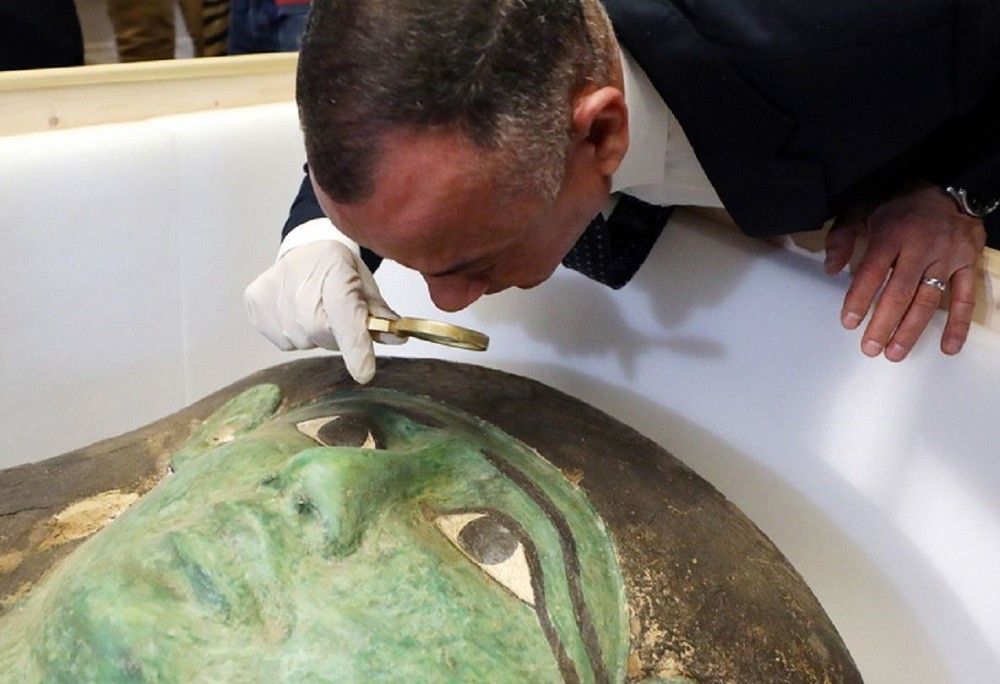 CAIRO: Egypt recovered a sarcophagus lid put on display at a museum in the US. The sarcophagus lid dates back nearly 2,700 years. Sameh Shoukry, the Egyptian Foreign Minister announced the recovery of the artifact during a televised press conference on Monday.

Measuring nearly 3m in length and 90cm in width, it is among 17 artefacts recently recovered from the US. Tourism and Antiquities Minister Ahmed Issa said its recovery is part of efforts to “protect Egypt’s heritage.”

The sarcophagus lid reached the Abusir necropolis and smuggled to the US in 2008. From here it made its way to the Houston Museum of Natural Science in 2013, according to state media.

Mostafa Waziri, the secretary-general of Egypt’s Supreme Council of Antiquities, said the sarcophagus likely belonged to a nobleman. He said it dates back to the Late Period of Ancient Egypt. The green color of the face etched on it renders it the name Green Sarcophagus.

Only the lid had been stolen as the whole coffin weighs about half a tone. Its weight makes it one of the largest wooden sarcophagi from Ancient Egypt.

So far, Egypt has recovered about 29,000 illegally trafficked antiquities over the past decade.